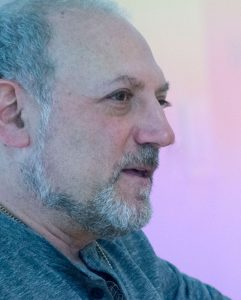 It can be gut-wrenching to get critical feedback, but I’ve learned over the years that it’s a very important part of growing, both personally and professionally.

A number of years ago I started offering a survey to workshop participants. I tell them they can answer whenever they want because sometimes it takes a while to realize something I taught or said didn’t sit right or left confusion. The survey responses have provided invaluable insight into how I am actually communicating (sometimes not how I had intended). I know my workshops and teaching have improved as a result of the survey because over the last few years I’ve made changes in response to what had emerged as patterns of critique, at which point those remarks stopped coming in.

When I tell students about our survey and how much I appreciate their using it, I make sure to let them know that as much as I love hearing about their positive experiences what I need to hear are any critical comments they may have (as long as they’re polite!). My partner Lydia reads and replies to survey respondents and collects the comments. Whenever a pattern emerges and we see there is valid criticism, we sincerely take it to heart and use it to improve the quality of our programs.

As a teaching point, I then discuss what I see as an endemic problem with our profession as yoga educators — namely, a scarcity of critical feedback. There are two main reasons we are far more likely to hear praise for our teaching than criticism. The first is simply due to the fact that students who have a good experience return to our classes while the people who get hurt, annoyed or otherwise alienated by what we teach tend to leave and never come back. I’ve stopped being surprised when, in my bodywork practice, I hear that a client got injured in someone’s yoga class but has NOT told the teacher about their injury – they simply never returned – so that teacher had no opportunity to grow or improve.

The second reason we don’t hear critical feedback is that even regular students have a hard time telling us when something we say or do isn’t working for them. Let’s face it — we’ve all had issues with authority figures who’ve stood at the front of the rooms we’ve inhabited. As such figures ourselves, we yoga teachers are inevitably the recipients of many of those projections. No matter how much we may solicit feedback from our students, there is a natural reluctance to engage in a difficult conversation that could bring conflict to the cherished, peaceful haven of our yoga space.

As a result of this built-in issue, I find myself reminding my fellow educators, particularly those in attendance in my workshops, to be on guard against the danger of having an over-inflated sense of their safety and efficacy. Hopefully, we can create class environments that are safe enough for our students to have even difficult conversations with us.

That said, I know I can’t make everyone happy, and sometimes I receive a particularly scathing review from someone who clearly had a negative reaction to my personality. This is a great opportunity for me to become aware of my defensive reactions, take a breath or two, and gain some clarity.  Since this is a good example of my yoga showing up in real life (see #myActualYoga), I’m sharing a glimpse into this process below:

Dissatisfied student comment:
“Wow – very disappointing. Spending 3 hours on balancing on the 3 points of the foot was for me painful navel gazing. The rest of the weekend was much the same.” also: “It was so slow, I texted every person on my phone just to have something to do.”

My initial, gut level response:
WTF!?!?!?! What a disrespectful ass. If she was so bored she was texting in class, why didn’t she just leave and ask for her money back?

Eventually I was able to consider further:
“The rest of the weekend” for this student was not my full workshop – she only dropped in for the two mornings. My four-session workshops build organically on principles and topics, so this student had no context for what was being taught by the time she came back on Sunday morning when we were exploring the foot.

Bringing particular focus to the foundations of the foot helps address many common problems: knee pain, tight hips, lower-back pain. It is telling that for this one person the foot focus was “painful navel-gazing” while for another in attendance (a chronic pain sufferer), that same level of focus on her feet led her to report: “for the first time in four years, my knee pain has gone from an 8 to a 1.5!”  That student wrote back 10 days later to confirm she was still doing well. Even if I have to bore a full room of people to get one response like that, it would be worth it. As it turned out, the rest of the survey responses from that workshop were overwhelmingly positive.

More from that same dissatisfied student:
“Way too much sitting and listening to Mr. Kaminoff’s world view. Listening to all of his F Bombs was unprofessional and for all his self aggrandizement and self acclaimed educational attainment, one would think he could think of other more articulate adjectives.”

My initial reaction:
Fuck you.

After a few breaths:
Guilty as charged: I curse, which raises some eyebrows. I am an acknowledged atheist, which raises even more hackles. I am a forthright and direct communicator, which can be perceived as rude. I project a certain confidence in what I am teaching, which can easily be confused with self-aggrandizing arrogance.  I often say that I count on rubbing the right people the wrong way. Clearly, in this case I succeeded (and yes I get that some may consider that self-aggrandizing!).

That same student’s final comment:
“Pompous and offensive. I wish I could get my money and time back.”

My final response:
I can’t do anything about her time (at least she used it *productively* – texting everyone she knew while in my classroom!). I would gladly offer this student a refund but, since including name and e-mail on our survey is optional and this student chose to answer anonymously, I am stuck. Should this person choose to identify herself, I would be happy to send a check for a pro-rated refund. On two occasions during my 30-odd years of offering workshops I have received complaints about the cost of an event. In each case I asked the student what they felt it should have cost, and refunded the difference.

Phew. It’s not easy to get critiques, but I know I am a better teacher – and human being – for being open to them. I thank my partner, Lydia Mann, whose background in communications and user-centric design encouraged me to develop our survey. I encourage all my fellow teachers to do something similar.