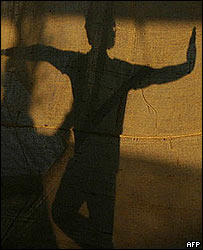 A prison in Norway has stopped holding yoga classes after it found that instead of calming inmates, they were actually making some more aggressive….
…On the negative side, the yoga had provoked “strong reactions: agitation, aggression, irritability, trouble sleeping and mental confusion”…deep breathing exercises are an essential element of Yoga…but such exercises could make inmates more dangerous by unblocking their psychological barriers…