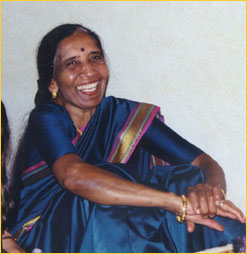 “Little did this simple child of rural India realize what lay before her, a life far beyond the imagination of anyone in her humble village. She would later marry the boy chosen by her parents when she was barely five years old, thinking they would continue the tradition of family and religious devotion as generations before her. With no expectations, she accepted her new husband’s early encouragement: “Finish high school, learn English…we are going to travel the world, including by airplane.” No one in her village had ever flown in an airplane, much less traveled to America. How could this young schoolteacher who made only 116 rupees have such dreams? That prophecy and much more came to pass during their 50+ years of marriage.”