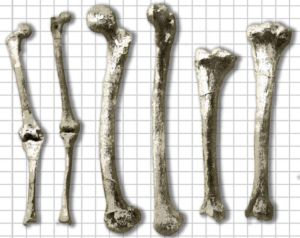 For the last several years I’ve been pondering the derivation and evolution of the term “alignment” as it relates to yoga asana. My interest correlates directly to the increasing number of repetitive strain injuries my private clients, many of them long-term practitioners, have been presenting with. It is no longer a secret how many teachers have had to undergo hip repair and replacement surgery as a result of their asana practice.

Historically, the conversation about yoga alignment, at least in the United States, can be traced back to 1956 when  BKS Iyengar first visited Ann Arbor, Michigan to deliver several lecture-demonstrations. Ten years later, Iyengar released his perennial classic “Light on Yoga,” a work that was clearly influenced by his original teacher, T. Krishnamacharya’s “Yoga Makaranda,” which was published in 1934 . Ironically, by the mid-sixties Krishnamacharya himself was no longer hewing to the prescriptive rules he had laid out in the Makaranda. In fact, Krishnamacharya’s mature teaching methodology represented an almost complete reversal of his rigid alignment directives when he declared: “the very essence of yoga is that it must be adapted to the individual, not the other way around.”

For the past 62 years in America, one system of asana training – Iyengar’s – has held a virtual monopoly on the conversation about what constitutes correct alignment in asana. In my view, the time is ripe for questioning the assumption that Iyengar’s idealized, geometrical alignment directives are the ultimate goal in yoga asana. If there are no straight lines in the body, why are we always trying to “square our pelvis,” or  “place our feet in parallel?”

What is needed is an anatomically-informed definition of alignment from which healthy asana cueing language can be derived.  This is core of what I’ll be teaching Sunday May 20 when I return to Yoga Yoga in Austin, Texas for a full-day immersion called “Reimagining Alignment.”

The ultimate context for asana practice is the unique person who is practicing. It is only an individual’s singular body that can be in alignment – not the asana. To speak about yoga poses as if they had some intrinsically correct alignment is, in my opinion, an error. To sum this up as a principle: “Asanas don’t have alignment – people have alignment.”

6 comments on “A Post-Iyengar Reimagining of Alignment in Asana”